Through the synchronization feature, concept maps and resources on your iPad are synchronized with those in your  Cmap Cloud account, which can be accessed also from CmapTools on the Desktop. Automatically move your iPad and desktop or laptop.

Expand your use of the CmapTools suite and take advantage of the integration of the programs to graphically express your understanding and ideas on all domains of knowledge.

CmapTools for  iPad is ideal for students and teachers, for concept mapping while traveling, for brainstorming during meetings and note-taking. 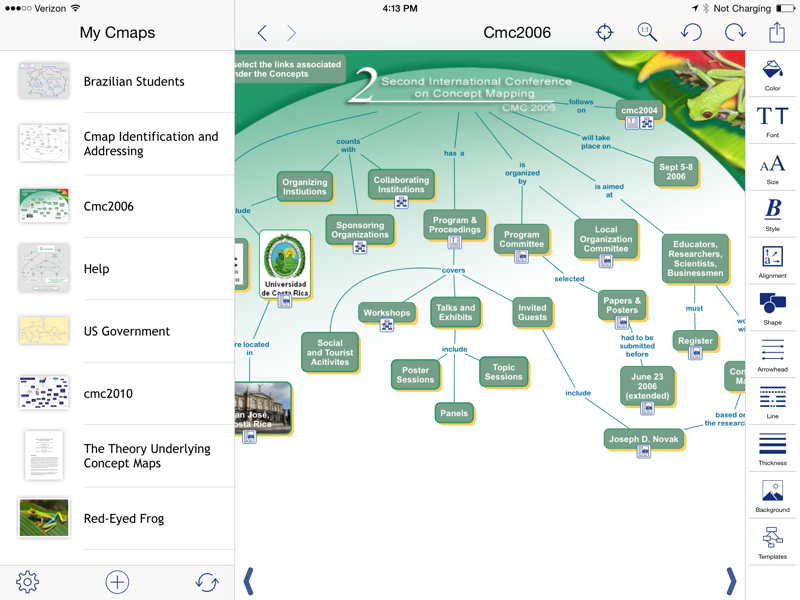 Each concept map can be customized with background images and colors. 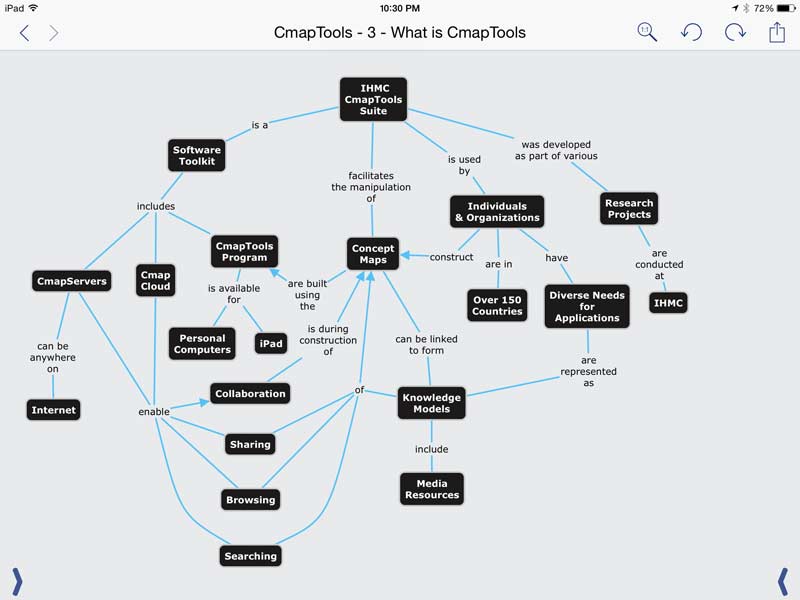 Hide the user interface side panels to display your concept map with maximum visibility. 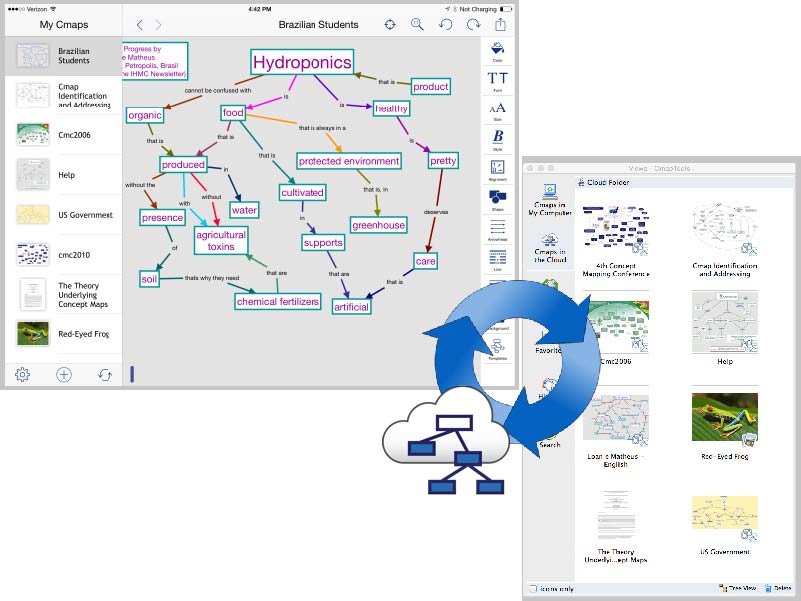 Synchronize concept maps and other resources between CmapTools versions using the Cmap Cloud.