Learn from National Aeronautics and Space Administration (NASA) leaders, engineers and scientists about NASA’s Asteroid Redirect Mission (ARM), a stepping stone along our path to human pioneering of Mars. ARM will be the first-ever robotic mission to visit a large near-Earth asteroid, collect a multi-ton boulder from its surface, and redirect it into a stable orbit around the moon. Once it’s there, astronauts will explore it and return with samples in the 2020s.

The Asteroid Redirect Mission is a free iPad App which uses concept maps to express the experts’ and scientist’s knowledge. Use the App to  browse through the concept maps and hundreds of videos, images, and texts on the benefits to be gained and capabilities needed to extend human presence beyond low Earth orbit into the proving ground and eventually to Earth independence. 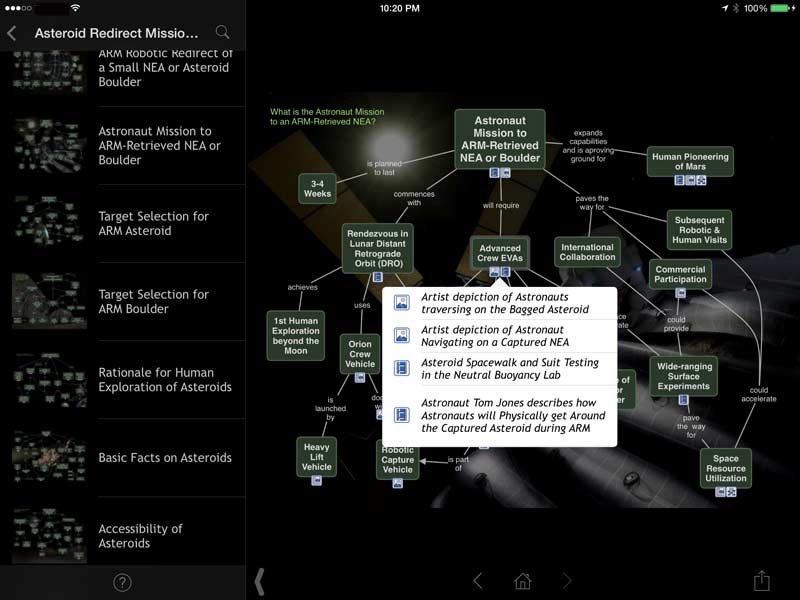 The concept maps provide a navigation tool through thousands of videos, images, web pages and other concept maps 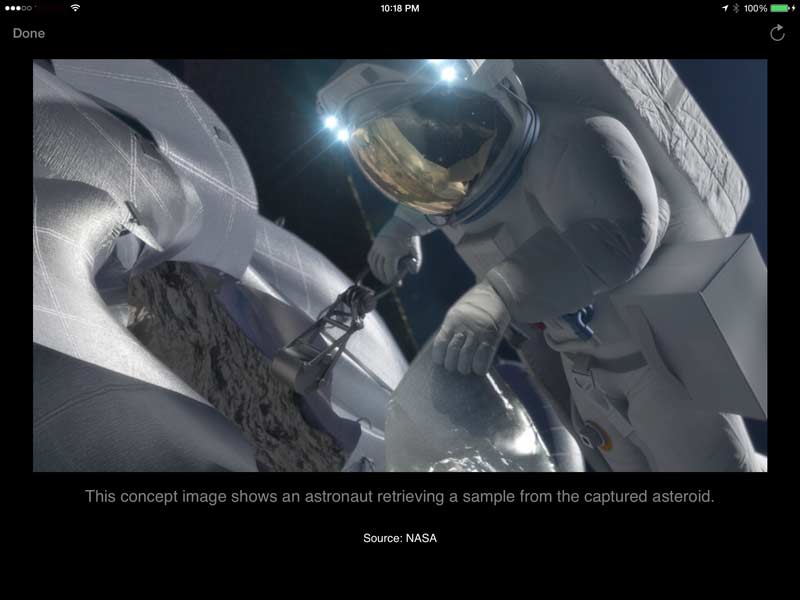 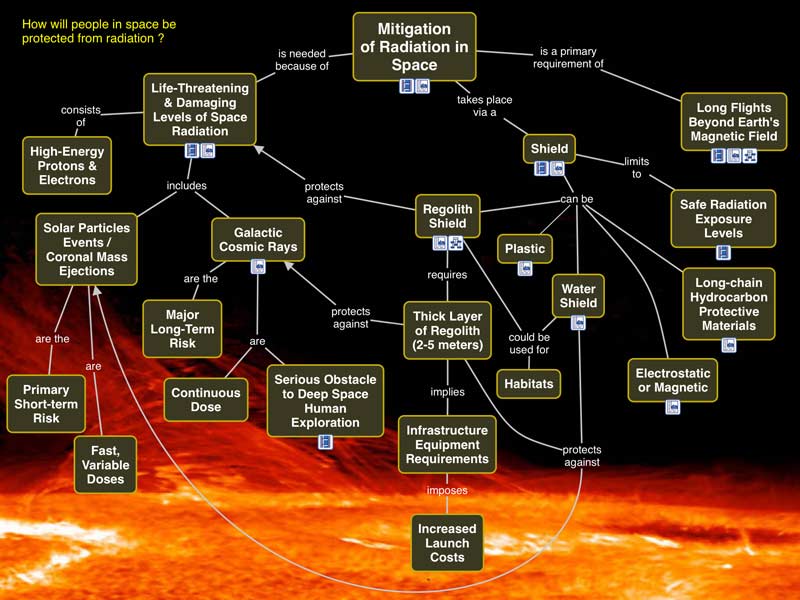 The Asteroid Redirect Mission App is a collaborative effort between NASA and the Institute for Human and Machine Cognition (IHMC). The content of this app reflects opinions, findings, and plans at a snapshot in time and may not reflect NASA’s or the U.S. Government’s current plans for space exploration. Any opinions, findings, and conclusions or recommendations expressed in this material are those of the author(s) and do not necessarily reflect the current views of NASA or the U.S. Government. Video interviews of NASA subject matter experts express the individual’s opinions rather than agency or the U.S. Government policy.

All concept maps in this site were constructed using the IHMC CmapTools software which is available free for download.

For up to date information on NASA’s Asteroid Redirect Mission visit:
http://www.nasa.gov/mission_pages/asteroids/initiative.

Additional apps by NASA can be found on their website.