The Origin and Development of Concept Maps

Concept maps were first developed in 1972 in the course of Novak’s research program at Cornell University where his team sought to follow and understand changes in children’s knowledge of science (Novak & Musonda, 1991). During the course of this study the researchers interviewed many children, and they found it was difficult to identify specific changes in the children’s understanding of science concepts by examination of interview transcripts. This program was based on the learning psychology of David Ausubel (Ausubel, 1963, 1968; Ausubel, Novak, & Hanesian, 1978). The fundamental idea in Ausubel’s cognitive psychology is that learning takes place by the assimilation of new concepts and propositions into existing concept and propositional frameworks held by the learner. This knowledge structure as held by a learner is also referred to as the individual’s cognitive structure. Out of the necessity to find a better way to represent children’s conceptual understanding emerged the idea of representing children’s knowledge in the form of a concept map. Concept maps are a representation that shows explicit relationships between concepts using linking words between concepts and arranging the ideas expressed in a hierarchical form. Figure 1 shows a concept map that illustrates the key features of concept maps. 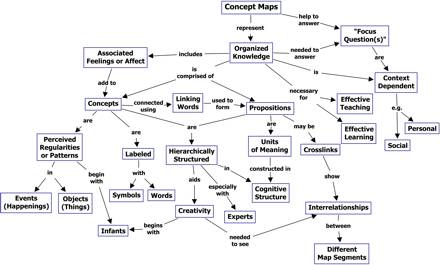 Figure 1. A concept map showing the key features of concept maps.
(click on an image for a larger view)

We discovered that concept maps were not only useful for graduate students to represent the knowledge of children, but for the graduate students to express their own understanding about a domain. The power of concept maps as a means for a teacher to assess the changes in the knowledge of students became apparent, and concept mapping took off worldwide as a learning tool. Novak and Gowin's Learning How to Learn book (1984), translated to 9 languages, became the main reference to concept mapping as its popularity grew. Thus was born a new tool not only for use in research, but also for many other uses.

In 1987, Novak began his association with the University of West Florida and with the Institute for Human and Machine Cognition (IHMC), then part of the University. By the late 1980’s and beginning of the 1990’s concept mapping was being used at IHMC as a tool for knowledge elicitation (Ford et al., 1991,1996) and as the explanation component of expert systems (Ford et al., 1993). We started using concept maps to organize and navigate through large amounts of information via hyperlinks before the World Wide Web was developed (Cañas et al., 1994); and developing tools to enable collaborative concept mapping across a network. These efforts led to the development of CmapTools, a client-server software tool to facilitate the construction and sharing of concept maps. CmapTools (the latest version of the software can be downloaded at no cost at: http://cmap.ihmc.us) exemplifies how, by leveraging the Internet and the WWW, the concept map goes beyond a knowledge representation tool, becoming also a mechanism to structure and navigate through large amounts of information by serving both as an organization medium as a well as the launching pad for searching and mining the WWW and visualizing information (Cañas et al., 2005), and resulting in the development of a framework for collaborative work and learning. The integration of new technology with concept mapping has triggered innovative applications and extensions to the tool, and we expect this to trend to continue.