What are Linking Words?...from a Concept Mapping Perspective

Concept maps are graphical tools for organizing and representing knowledge. They have two key components, "concepts" and "linking words" (also referred to as "linking phrases"). The linking words are used to join two or more concepts thereby forming propositions. In the concept map in Figure 1, "Turn Heat & AC off", "Less than Tolerance" and "Correction" are concepts, "can be" and "leads to" are linking words, and together they form the two propositions "Correction can be Turn Heat & AC off" and "Less than Tolerance leads to Turn Heat & AC off", among others. Understanding concepts and linking words is therefore fundamental for the understanding of concept mapping and for the construction of good concept maps. A companion document, What is a Concept? ... from a Concept Mapping Perspective, briefly presents "concepts". This document, introduces the idea of "linking words", and how they are used to clarify concepts, their meanings and relationships. 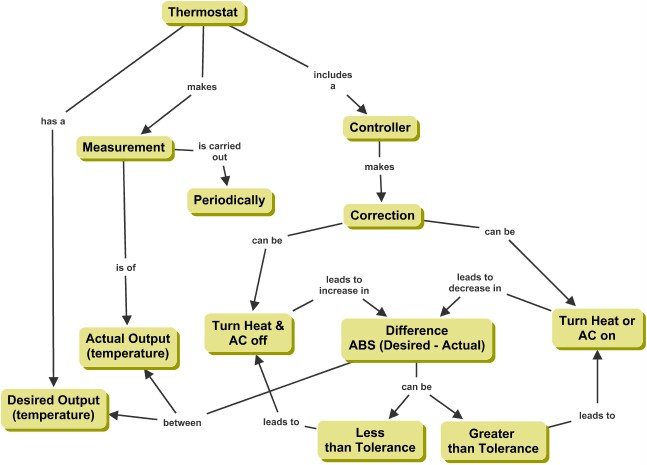 Figure 1. Concept map about How a Thermostat Works

A concept by itself does not necessarily communicate a clear, unambiguous, meaning. If somebody states "chair", what is the person communicating? Particularly, if taken out of context, we can't tell to which of the affordances of the word he/she is referring. The affordances (Gibson, 1979; Norman, 1993) of a concept refer to its possible meanings. The concept "chair" can have several meanings, including a "seat for one person", a "professorship", and "the person who presides over the meetings of an organization". Some information about the specific meaning can be provided in the context of the communication. That is, a reduction of possible affordances to a particular meaning occurs as the result of concepts interacting with each other. However, even within the same context a concept may have different affordances, e.g. in an Academic Department, an academic "chair" (professorship) has a different meaning than the department's "chair".

Static relationships between concepts help to describe, define, and organize knowledge for a given domain. There are many types of static relationships. They include, among others, relationships of inclusion (e.g., the head is part of the human body), common membership (e.g., squares and triangles are related to each other because they both belong to geometric shapes), intersection (e.g., geometric shapes may be symmetrical), and similarity (e.g., the soldier fought like a lion). The first two of these types of static relationships have been recognized by Jonassen (2000) and are fundamental to the construction of conceptual hierarchical structures.

A dynamic relationship describes how the change in one concept affects the other concept. Two types of dynamic relationships are possible (Thagard, 1992); those based on causality (e.g. travel time is an inverse function of speed for a given distance) and those based on correlation/probability (e.g. academic performance in high school is a good predictor of academic performance in university).

This document borrows loosely from the following publications by the author: